EVOLUTION OF HOTELS IMPERIAL WONDERS OF THE HOSPITALITY INDUSTRY 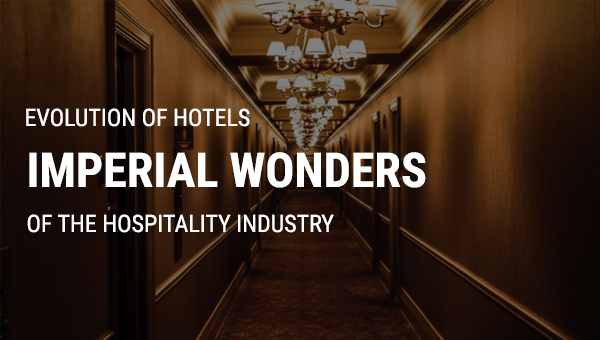 India stands unparalleled with its rich culture and convention in hospitality, which a huge number of worldwide and nearby explorers have encountered throughout the years. The present voyagers comprehend what they need and are searchers of credible, vivid encounters. The Indian hospitality industry, notwithstanding, is growing at an extremely fast pace over the last two decades and is considered one of the highly profitable industries now. A consequence of this influx has been the onset of ‘Niche Tourism’ that encompasses a variety of arenas vis-a-vis culture and environment. Pioneers of the design fraternity, Designers Group today is associated for their design with multitudinous national and international hotel brands. Having mastered the art of creating timeless ambiances of grandeur, delicately blending with warmth to delight even the most critical eye, the firm  is recognized throughout the industry for its commitment towards excellence in hospitality design. They are well versed with the design language that caters to the modern day traveller for business as well as leisure.

Being a vast & diverse country, India’s glorious traditions and rich cultural heritage are linked with the development of tourism. It is not only the pristine beauty of the country that attracts tourists but also the varying seasons and vibrancy of culture throughout. It is hence imperative to develop facilities that leave the finest picture of hospitality. The Wow Hotel in Indore by Designers Group, drawing its inspiration from conventionally Indian elements, is an ideal example of a leisure destination that exhibits the beauty of Indian culture. This scintillating 5-star property displays elements inspired by the national bird of India, the Peacock. It is a brownfield project which is converted to a hotel from a mixed land use development. The concept was devised through elaborate research which led to the discovery of the fact that the population of peacocks, which was once in abundance, has disappeared due to real estate development in the area.  Right from the initial stages, the development of the design was done in a manner that gives the architecture of this space a hip design language. Major design notion was to achieve a staggered profile for the façade in order to avoid the design turning into a typical commercial look of a glass shell. Considering the footfall pattern of the target audience, a huge potential for banquets was unearthed. The commercial block was hence converted completely into banquets.

Apart from changing the basic layout to increase room area, a conscious effort was made while designing structural glazing that made it possible for the designer to encapsulate as much room space as possible. The lounge on the first floor of the banquet block, named Twilight, was planned in a manner that could be used as individual entertainment space as well as part of the whole hotel. A remarkable feature of this lounge bar is the huge console table at the welcome point that consisted of owl figurines in different sizes curated from contrasting sources, where the owl serves as a mascot for the lounge. An exquisite artwork that represents a constellation with the peacock blue colour in the lounge is another exemplary feature. Hence, this sets the property apart from the usual standard of building a hospitality space.

Another example of this prototype is situated in Gujarat, the land of legends and lions. Hotel Sarovar Portico accentuates the imperial wonder the city radiates. Inspired by the architecture, art & craft and cultural influences of Gujarat, the overall schema has been outlined in a minimalistic design language, in line with the theme, highlighting an indigenous unique identity. At the entrance itself, the soft colour scheme scatters glory in a way that acts food for the soul. The overall planning is painstakingly depicted in a trailblazing design scheme, circumscribing public areas on the ground and the guest areas at upper levels to serve an efficient functional regime. The reception backdrop acquires a fusion of Kutch embroidery and Lippan artwork in a honeycomb pattern. The ceiling accessorized with lights in the same honeycomb pattern complements the schema of the space. Artwork with the influence of elements and characteristics from the heritage architecture prevailing in Junagadh forms the core inspiration of the wallpaper in each guest room. The headwall is instilled with graphical custom wallpaper and metal screens/jaali with geometrical patterns in public and guest areas. All-embracing in terms of look and feel but primitive with influences, this exquisite hotel unfolds a dynamic experience, standing out amongst the most adored destinations in Gujarat.

The hospitality sector has become more riveting than transactional. The millennial consumer expectations of guest experience are driving leading brands to take on new technology, implement new processes to manage it and foster new ways to engage in serving guests better in the present as well as in the future. Architects will utilize sustainable and eco-friendly materials to make dynamic situations that will highlight dividers that make the ideal room temperature, furniture that goes about as a force source, shading evolving backdrops, and other creative applications. While hotels are determined to cater to purposeful and customized service encounters, they should do so in a way that minimizes its effect on the environment meanwhile being aesthetically pleasing.